The aim of the project «Life, Origin and Multiverse» is represented artistically through photography, reflections on the latest scientific theories about the origin of life, -primal development, adaptation to extreme environments, evolutionary development and biodiversity- and its possible appearance in different universes at the same time -known by the scientific community as «multiverse»

For this, I use one meter square mirrors as a metaphor, as a way to bring other universes to ours. The final image is a fragment of landscape reflected or merged to another backdrop, visual paradoxes within reality.

The first sketches were born in 2009, but it was not until 2011 when we were able to carry out the first stage of the project in Atacama desert (Chile). In 2012 we shot in Río Tinto (Spain) and in 2013 we were one month to Iceland.
The next steps that we would like to do are in the Namib Desert, the oldest desert on the planet and Bahia Shark, in the north of Australia in search of stromatolites. 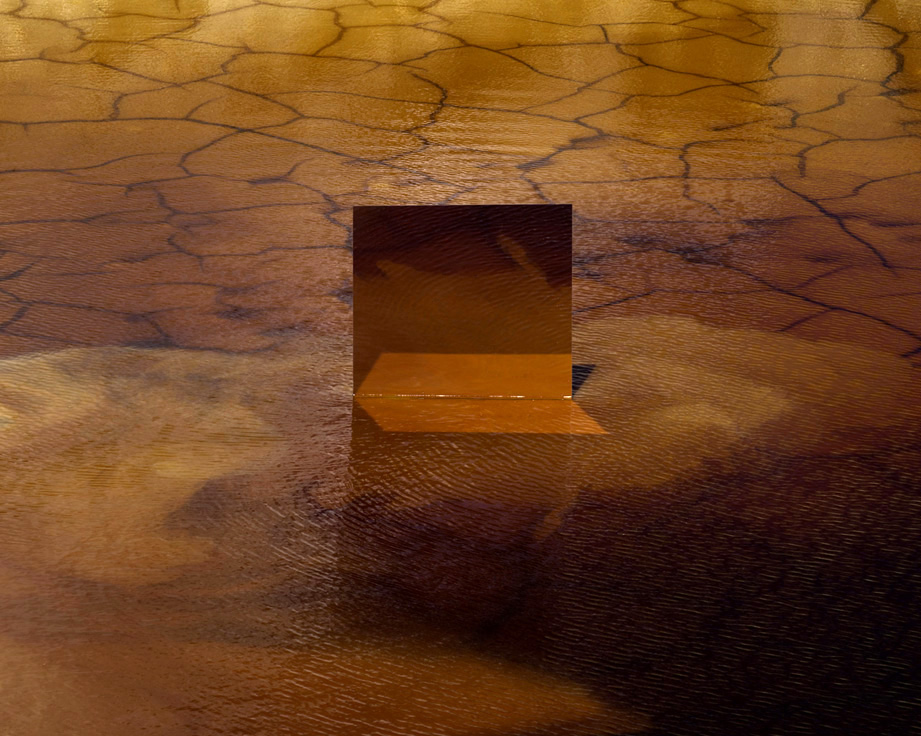 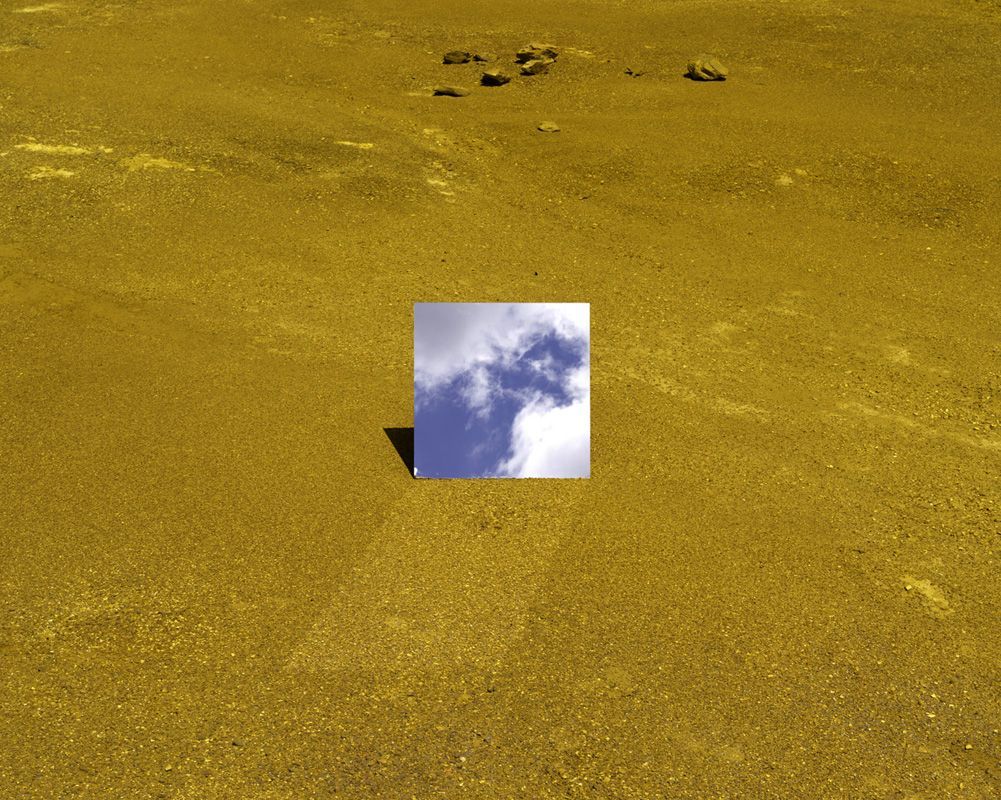 Scientists tell us how, about 3,800 million years, the inanimate matter that existed in our convulsed planet was able to lead to living things. Or maybe those seeds came from space, and it was meteorites and comets which inoculated life on to Earth? Whatever the place in which the first steps, occurred the road continued through processes that are begining to be understood in laboratories today. With them, chemistry -increasingly rich and complex- could become biology, systems capable of making copies of themselves and which thus evolve.

Evolution caused a unicellular species, which has been called LUCA, which was the common ancestor of all living beings who have ever lived on our planet. From LUCA evolved, in different branches of the «tree of life», single-celled organisms known as archaea, bacteria, parasites, plants, fungi, animals. Among the latter, ourselves because, despite our apparent superiority over all other living organisms, we are only one of millions of possible evolutionary outcomes one of the many branches of the tree. Our life is only the mirror which reflects the rest of life

Living organisms have colonized all known environments on our planet, including the most extreme: places as cold as the ice at the Poles or as hot as hydrothermal vents, as acid as Rio Tinto or as alkaline as some soda-rich pools; places as radioactives as nuclear reactors or as salty as salt lagoons created by solar evaporation; the ocean floor under such great pressure, and deserts where there so little water.  And, what is more throught provoking, we now know that life could also exist elsewhere in our universe. We look for it on Mars, Europa, Titan … a planet with two satellites, apparently desolate but perhaps possesing a secret treasure. And in other universes? if what theoretical physics  says is true, perhaps our entire universe is one of many multiverses that originated in the past, or may exist in parallel to our surroundings. Maybe life has been the possible -or necessary- outcome of the laws of physics and chemistry that govern other universes. 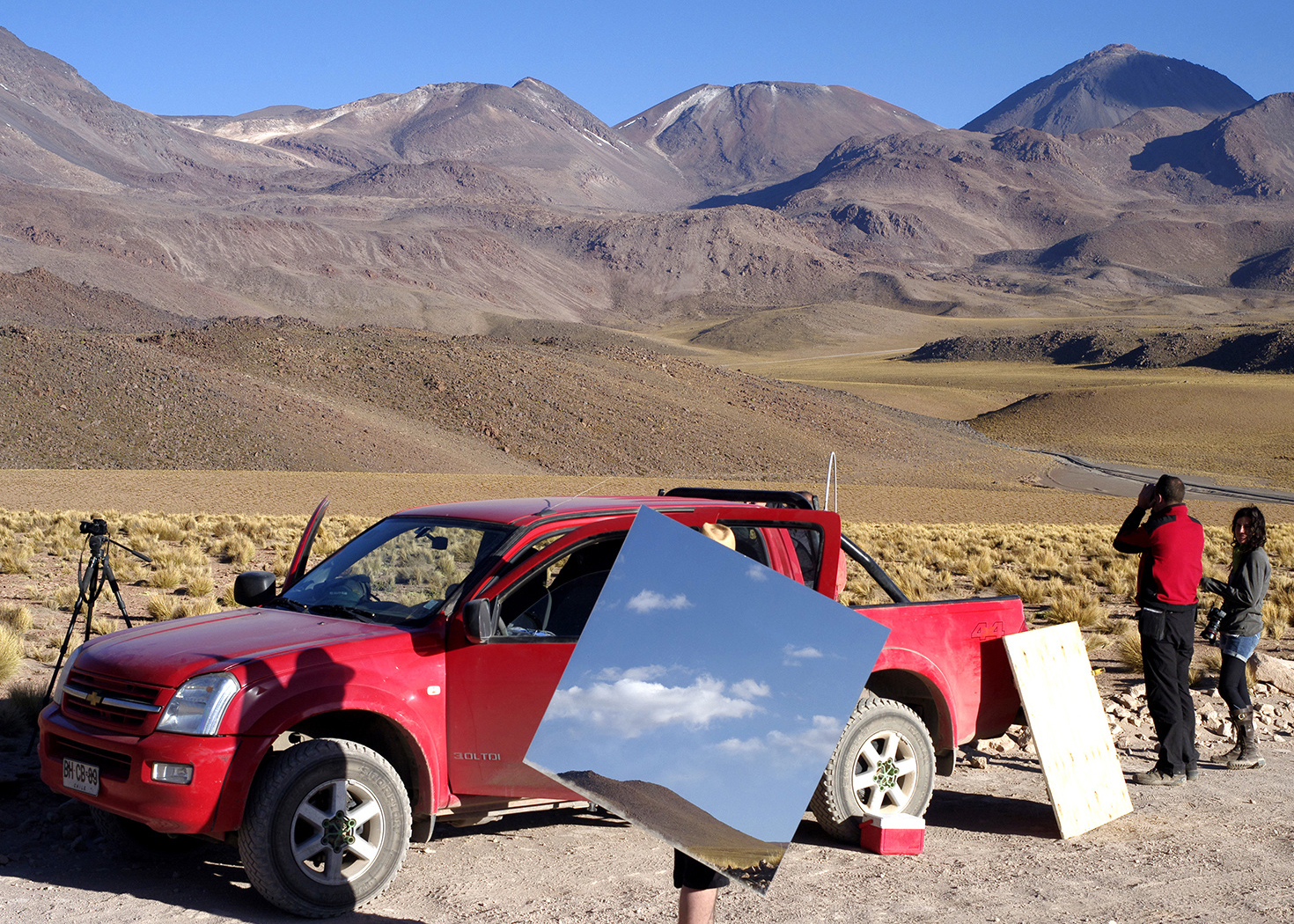 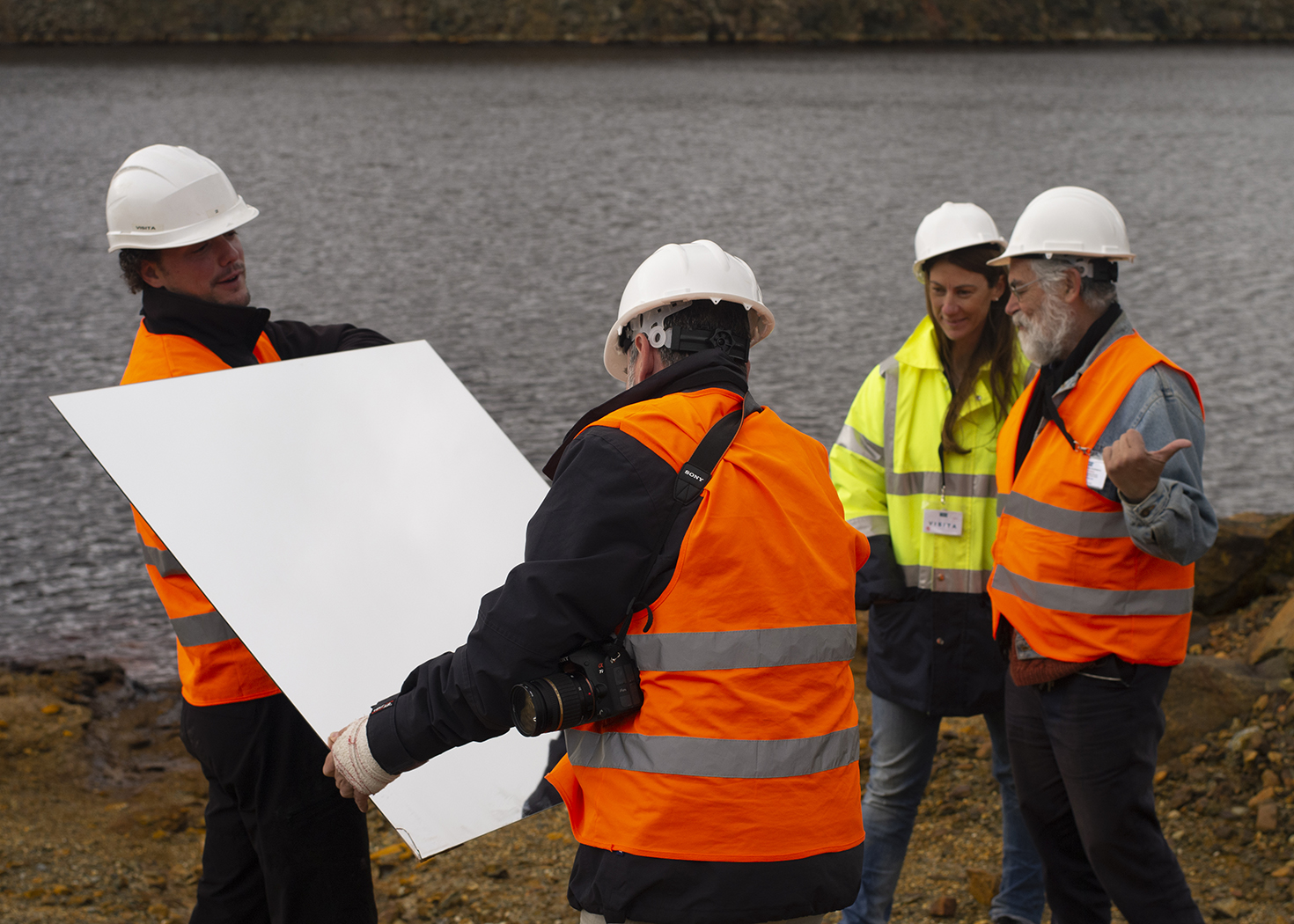 One of the scientific advisers of the project, Dr. Carlos Briones, who is also a writer and poet, describes the project this way.

“This is not a photography project. It is a quest. A path to life, a reflection on its origin and its limits, a questioning of our position within the biosphere”
The images of Fernando Marcos recreate these questions, confront us with our own origins, and  the wonder of life. They allow us to see into territories enigmatic, disturbing and perhaps dreamed, because at its corewe suspect is a path to ourselves.
Each picture opens before our eyes as a metaphor, as a window to the void, towards a bottomless pit that attracts us and baffles us. In some of them a piece of heaven is cut in the middle of a barren landscape with a blue that tell us of the impossible, of  tattered air on the ochre earth. Others know the fire that lurks beneath the rock, its breath still warm. Some of them are water, its repose, its skin inaccessible, light playfully reflecting light. Others are the geometry  that salt crystals creates and that quicksilver multiplies, like a distant echo of white. Others are horizon. Shadow. Vertigo.
And in the kaleidoscope that surrounds us, we sometimes find the sound of life. A life fighting, tenacious, that speaks of limits and ends. We find that living things make a dent in this territory of thirst and weather. We suspect there are others that we cannot see, but they are there, reminding us of the origins, speaking in our ear in a language that we recognize as our own. We are comforted to know that life is always possible, hidden in the pores of the maps. And it forces us to be humble,  to assume our role as newcomers.
Looking at these pictures you realize that we live in the naked beauty of a planet that is beyond us. And we should not be in it. We were not required. But we are here.
From its mineral silence in these fragments of frozen time,  the mirror is the “other”, that which is missing. The mirror is me, alone, looking at me.